Mayil’s origins date back to the mid-eighties, when Master Morya first contacted Geert and Lydia Crevits. It was to be the beginning of a great and fabulous life’s work. Geert has not been physically here since 2012, but his wife, Lydia, and daughter, Marie, continue the work unabated, together with a small group of enthusiastic volunteers and sympathizers in different countries.

Our aim is to publish all 42 books that Master Morya and Geert created, preferably also translated into many languages, as well as workbooks, smaller books, card sets, audio publications, etc. Although far from finished, the enthusiasm for ’Morya’s Mission’ is still as great as it was 40 years ago, and all the greater because you too are here!

Why are we doing all this? For you—and for everyone who ask themselves questions and wish to go forward in life, for everyone who wants to understand more about themselves, who wants to feel supported and carried by life, and for all those around the world who are no longer satisfied to settle for what is old and outdated but are looking to unleash the power within themselves in order to discover a new life, a life filled with beauty and joy, with positivity and daring.

“The great work is always done in silence,” says Master Morya. We hope that our publications can be a signpost for all people who are doing the great work of becoming themselves and thereby transforming the earth into that place of peace, of love and renewal which Master Morya speaks of. 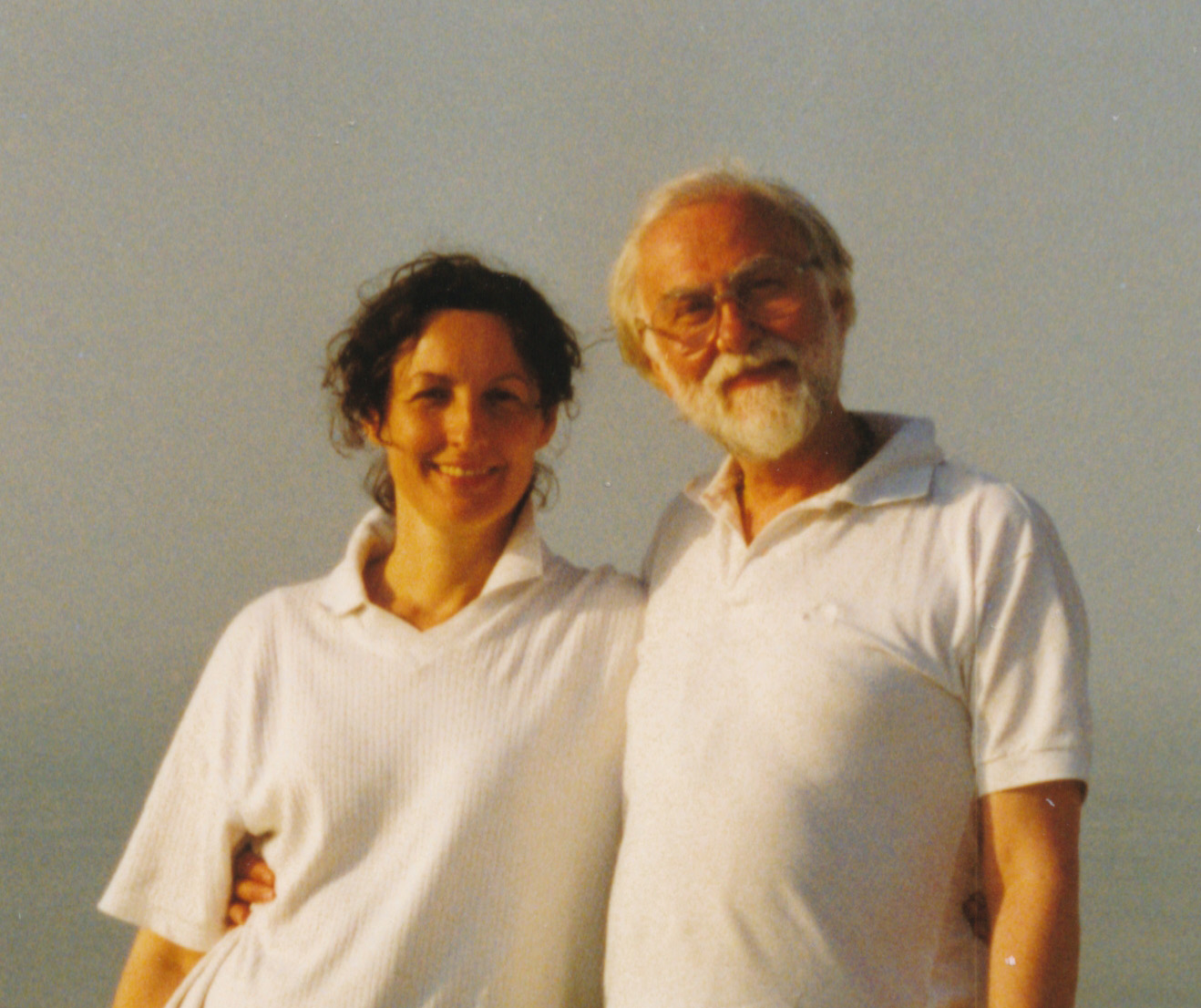 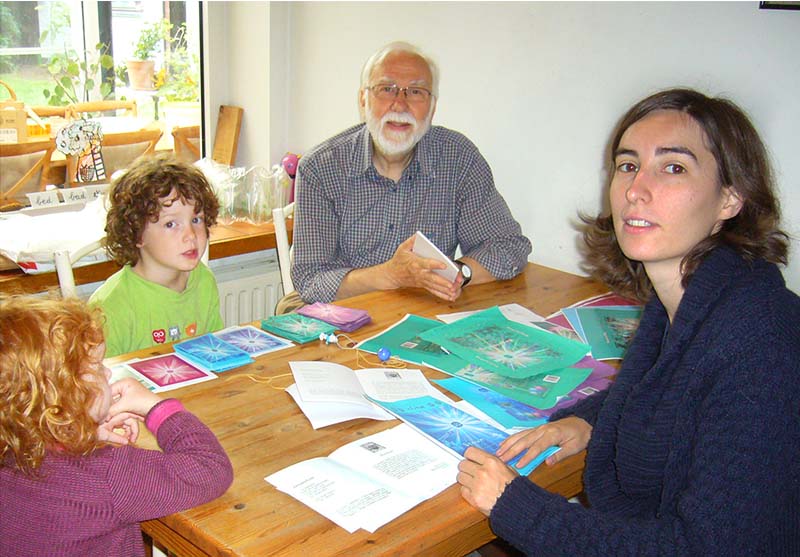 Geert and Marie working on the development of the card sets 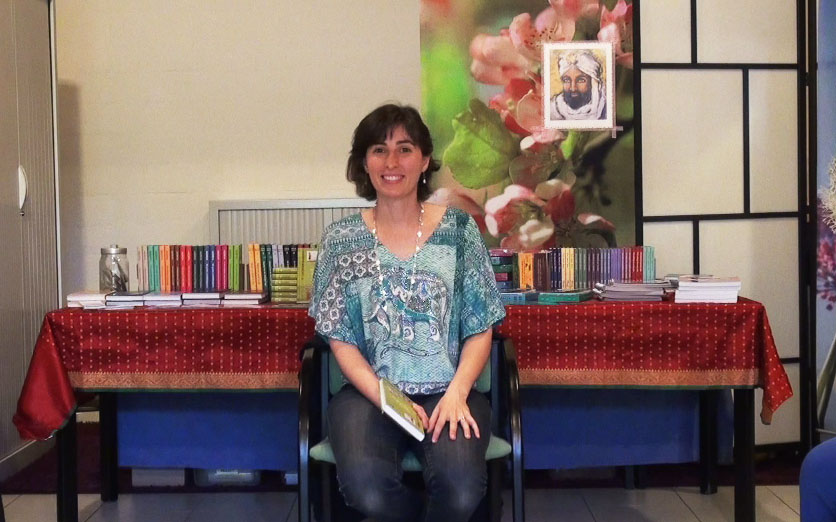 Marie Crevits at a lecture

Visit Morya.org to read about and see photos of Geert’s life and for meditations, videos, answers and questions, and much more! Go to www.morya.org

What does "Mayil" mean?

Mayil means PEACOCK in Tamil (one of the oldest languages in the world, with sources as far back as 10,000 years ago). In mythology the peacock is a vehicle of gods (Saraswati, Muruga). Our peacock symbolizes spiritual evolution and brings wisdom, joy and love to people for their stay on earth.

In addition, the shape and letters of MAYIL hold much symbolism:

- MA is the energy of the Divine Mother.

- IL is the energy of the Angel.

- Y is the funnel through which the infinity of heaven can be brought down to the limitation of the earth. 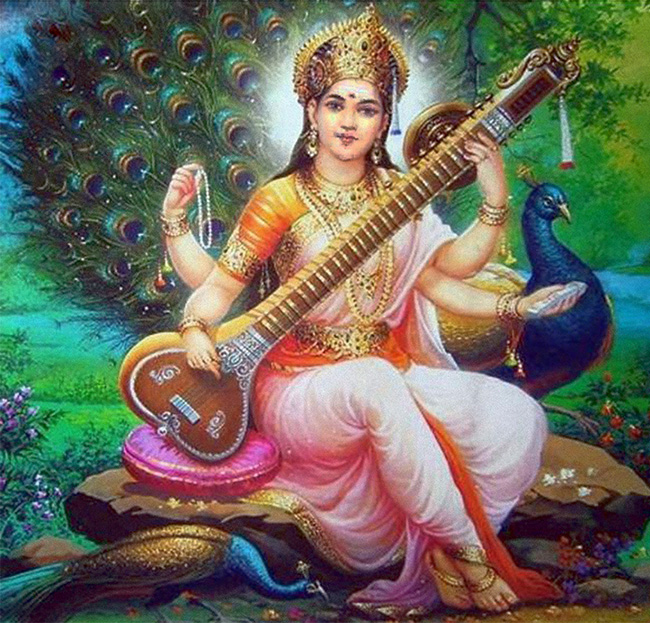 You can find more about the life and work of Geert Crevits at Morya.org

Start of the public work

Beginning in 1993, countless public evenings are held in Belgium, where everyone receives a personal message from Master Morya via Geert, plus one message given for the entire group of attendees, the so-called general messages.

Over the course of three afternoons around a dozen participants listen to the words of Master Morya, which will be published a year later as a book titled ”Acting Consciously” (published in English as "Morya Wisdom 1: A deeper sense of life")

The first book is published and many more follow in the years to come.

The first ‘Joy of Life’ course in The Nederlands

After 20 courses in Belgium, for the first time a course is organized in The Nederlands. Over the following years there will be 42 courses in total.

The paper leaflets with Mayil's news and activities are replaced by the 'Mayil eNews', a monthly newsletter with Master Morya's words for the full moon. The very first e-News is a New Year's blessing from Master Morya.

You can find a number of digital newsletters that were sent after 2012 as 'Full moon letters' at www.morya.org.

"Morya Wisdom 1: A deeper sense of life" — the first translation of a Morya book into English is published. Since then several more publications have appeared.

Launch of the newsletter in Polish

Launch of the newsletter in German

Three Morya card sets are published in Dutch, each containing 64 cards. Each card has a quote from the first nine books of Master Morya. The card sets are a wonderful way for Dutch-speaking readers to receive both practical and inner advice from Master Morya whenever they wish.

No one knows at the time, but this is the last Morya course that will ever take place. About 40 people are present.

During this trip the first Polish book is launched, the translation of “Morya Wisdom 1: ‘A deeper sense of life’

Geert overlijdt onverwacht na een korte periode van ziekte; het is een grote schok Geert passes away unexpectedly after a short illness; it’s a great shock to everyone. At the funeral family and friends share their rememberances of him; you can read these eulogies at www.morya.org.

The first Morya workbook and a Spiritual Diary, made ready over the summer, roll off the presses; it signals the start of a new kind of era for Mayil. Marie gives her first lectures on Master Morya's books.

The start of the first ‘Morya Workbook groups’ in Flanders, Belgium, and The Netherlands. Find out more information about Morya groups at www.morya.org.

Marie visits Poland again, but this time without Geert. Release of the first Workbook and first card set in Polish.

Since then many inspiring videos have been added, which you can find on youtube.com/Moryaspiritual

On the renewed www.mayil.com—for the first time online and completely free— you can pick Morya cards, and this time also in English!

At www.morya.org you will find meditations, many texts from the books, videos and a lot more.

Even after more than 45 publications, we are still only at the beginning of realizing all our plans.

Would you like to participate or contribute in some way? Check out Morya.org on the Contribute or Gifts pages and get in touch!